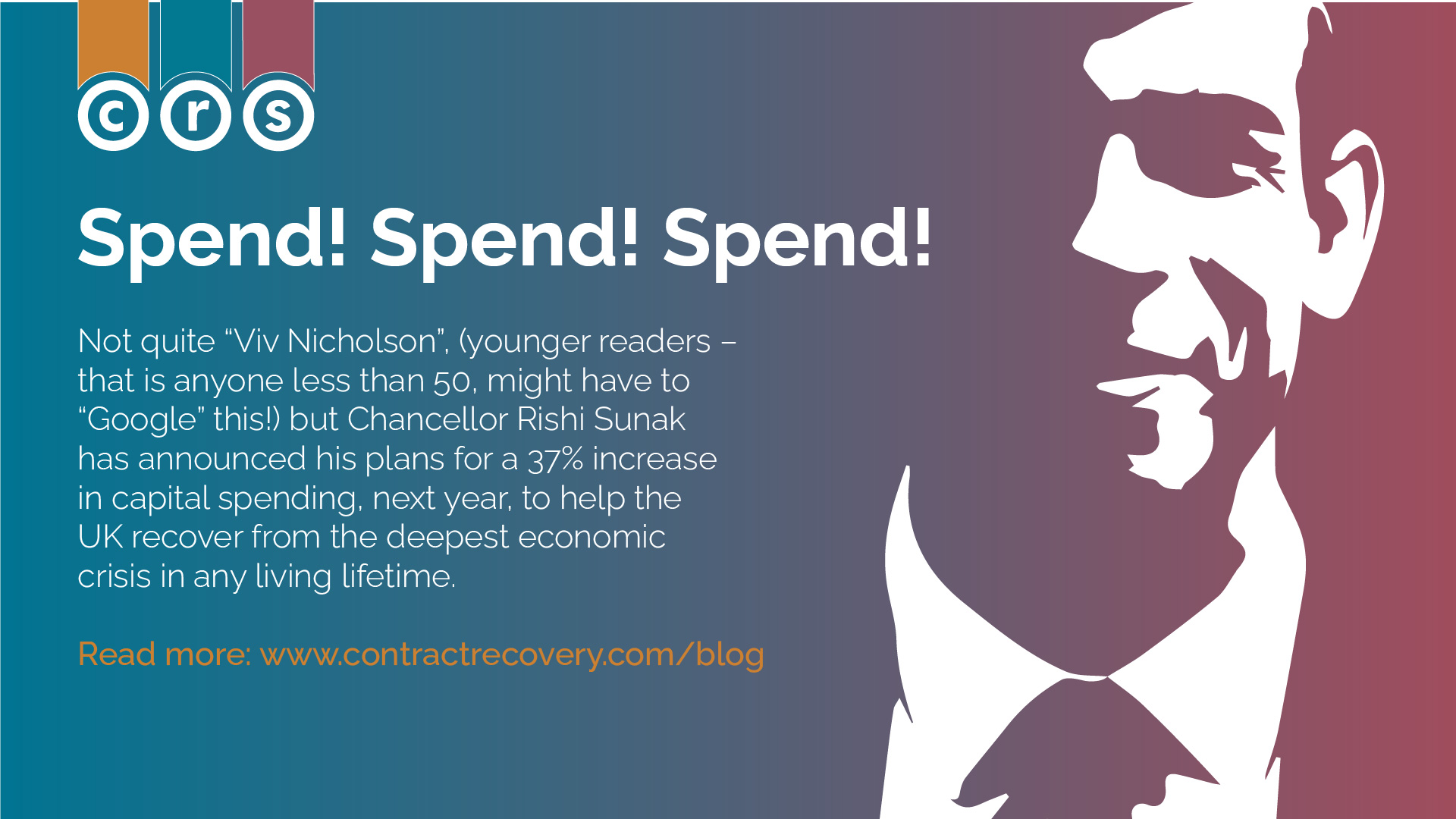 Not quite “Viv Nicholson”, (younger readers – that is anyone less than 50, might have to “Google” this!) but Chancellor Rishi Sunak has announced his plans for a 37% increase in capital spending, next year, to help the UK recover from the deepest economic crisis in any living lifetime.

“Our economic emergency has only just begun,” he said. “So, our immediate priority is to protect people’s lives and livelihoods.”

Infrastructure and Housing are his key targets with a new £4bn “pot” – called the Levelling Up Fund and a £7.1bn National Home Building Fund, which is in addition to the existing Affordable Homes Programme.

The Office for Budget Responsibility, an office which provides independent and authoritative analysis of the UK’s public finances, forecasts that the economy will contract this year by 11.3% – the largest fall in output for more than 300 years.

Next year, hopefully, as restrictions are eased, the forecast is that the economy will start to bounce back; growing by 5.5% next year and 6.6% in 2022, but it will take until the last quarter of 2022, for UK economic output to return to pre-crisis levels.

It is against this background that the Chancellor is aiming to inject a reviving shot of £100bn capital “£27bn more in real terms than last year,” he said. Such being a 37% increase in capital spending.

To help with this, it is proposed to set up a new UK infrastructure bank is being set up somewhere in the north of England. “The bank will work with the private sector to finance major new investment projects across the UK – starting this spring,” the chancellor explained.

While an increase in government expenditure and investment may be promising on an economy wide scale there are still real implications for cash strapped businesses across the UK who may still be facing the withdrawal of financial support over the next 6 months. As always CRS are on hand to offer free reviews of your credit control & debt recovery functions, to make sure you’re fighting fit for the year of recovery ahead.